Sometimes is very difficult to choose between wheels and tracks when you buy a snow vehicle because each system provides certain features and performances. More than that, each system has its strengths and weaknesses.

We are going to give you a series of lists with advantages and disadvantages for both wheels and continuous tracks. With all these positions in mind, you have to choose the best system for your needs.

The traction is greater if you use tracks instead wheels, but for the best results this depends on the terrain.

A suspension for a tracked vehicle is more complicated than for a wheeled vehicle. The suspension system has an important role related to traction by keeping the tracks or wheels on the terrain as foten as possible.

The wheels have a significant advantage in steering compared to tracks, and this can be translated into a good maneuverability for the wheels.

Wheeled UTV’s vs. tracked UTV’s is a well-known subject under debate for a long period of time. In the following, you can find the advantages and disadvantages of both vehicle propulsion: wheels and continuous tracks.

The wheels are everywhere, from quads to the popular Polaris RZR, and is one of the main components that facilitates the movement by reducing the friction. Most UTVs are designed with 4 wheels. This is the most common structure because it allows it to do the following, to move quickly, easily controlled,  or turn around in small places.

In general, wheels are used for:

The continuous band of treads driven by a series of wheels is used when the wheels cannot be used. In this area can be added a variety of scenarios, including the move on uneven terrain or when it’s needed high traction.
In general, continuous tracks are used for:

In general, continuous tracks are not used in cases of:

Well it’s hard to declare a winner in this situation, since each system serves a different purpose. BUT if we consider the current weather conditions outside our window as we are writing this article (which is a lot snow) I suppose the tracked systems win. I mean really, would you rather drive up the mountains on a wheeled open cab UTV and get stuck, or jump in a heated LiteTrax and smoothly cruise through those big flakes falling down? 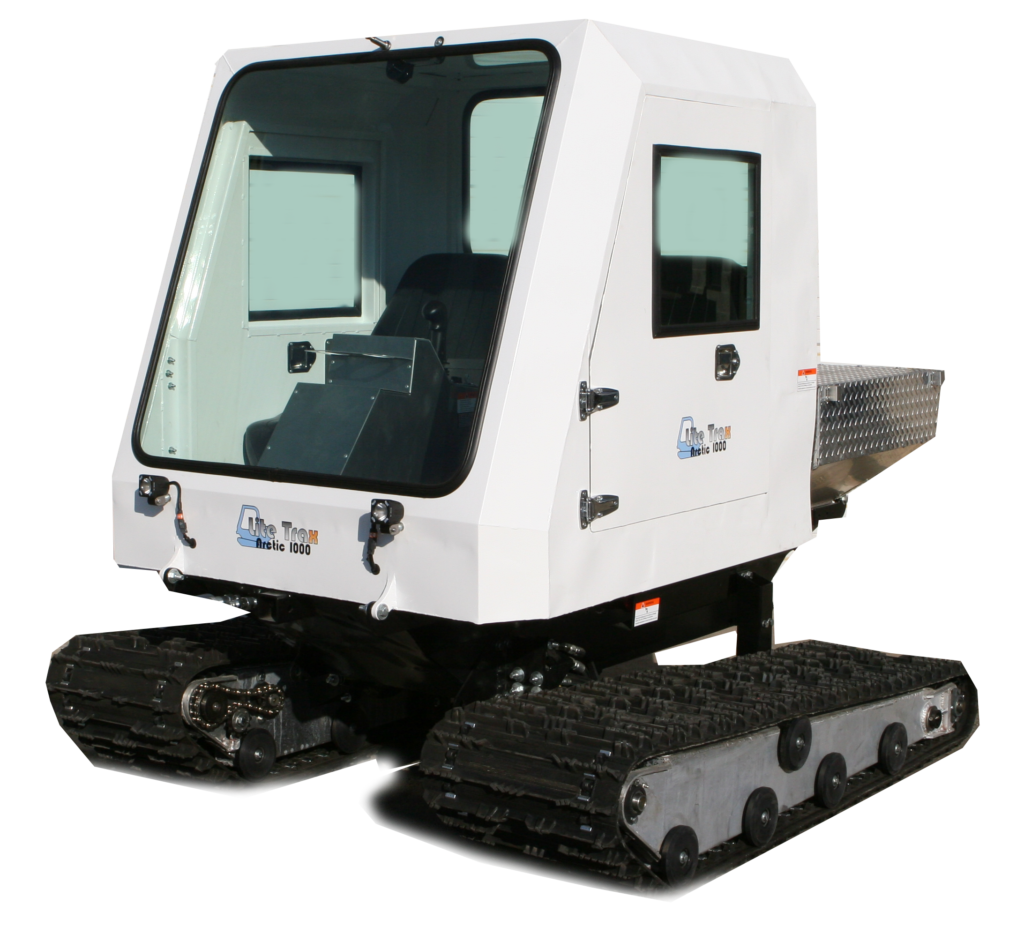